The area now occupied by Wingfield and Romney estates, just outside the village of Old Road, was the site of the first permanent plantation settlement in the English Caribbean. It was close to the Kalinago holy places and the fortified buildings along with possible socially unacceptable behaviour may have provoked them into attempting to remove the intruders.

Wingfield Estate was the property of the John Jeafferson, who along with his brother Samuel accompanied Thomas Warner in the first attempt at colonization. In 1660 it was inherited by Christopher Jeafferson who leased it to Charles Pym.

The first permanent plantation settlement of the English Caribbean was in the area now occupied by Wingfield and Romney estates. The settlement had fortified buildings and was close to the spiritual places of the Kalinago which made them feel anxiety over the number of newcomers to the island. It was a place of cultural conflict. The Kalinago offered hospitality but the Europeans often misunderstood the very different social norms of the people they had encountered. This lead to unacceptable behaviour which may have been aggressive and made the newcomers even more threatening.

Wingfield Estate, west of the Black River was the property of the John Jeafferson, who along with his brother Samuel accompanied Thomas Warner in the first attempt at colonization. In 1660 it was inherited by his son, Christopher Jeafferson. In 1676 after he had been on the island for about a month Jeafferson decided he would stay and manage his own estate. He also started preparing to move away from planting indigo and to start building his sugar works. He asked his cousin in England to find him a carpenter and a mason to work on his project. When the hurricane of the 27th August 1681 struck St. Kitts Jeafferson had invested considerable capital in turning his property into a sugar plantation. The hurricane cost him dearly. He lost the roof of his house. About the sugar works he wrote:
I walked down to my new sugar-works, which I had built not long before, about a quarter of a mile or more from my house, towards the sea, to make my tenant’s sugar canes: to whom I had leased fifty acres of land, and had newly begun to make sugar at it, and was then boiling at it, when the storm began. I found that likewise flatt with the ground – the stone wall overturned, and the timber scattered in diverse places, farre distant from the house.

It also destroyed the huts occupied by the estates’ enslaved workers. When it had passed he built a temporary shelter, made sure that one of his sugar works was up and running and planted provisions to that there was food on the estate. A second storm followed five weeks later. Disheartened, Jeafferson decided to return to England in 1682. He restored his building ad eventually leased Wingfield to Charles Pym. The property continued to belong to the Jeafferson family well into the 19th century but its fortunes were now tied to those of the estate that came to be called Romney’s. The connection is most evident in the fact that some of the enslaved registered by Romney were already known by the Jeafferson surname.

Romney Estate occupied the area between the Wingfield River (also identified as the Black River) and the East River. It extended from the coast into higher elevations. It fell in the zone occupied by the English at the time of settlement. The earliest known owner was Charles Mathew, brother of William Mathew, Governor of the Leewards. In 1737, his heirs sold it to Charles Pym who was already leasing the neighbouring estate of Wingfield. Pym’s daughter Priscilla married Robert Marsham, Baron Romney and the plantations was later inherited by their son Charles (1744 – 1811) who became known as the Earl of Romney and hence the name that the estate is known by today.

The plantation manufactured both sugar and rum. According to a report following the hurricane of 1772, the still house, the lower water mill and the overseer’s house were all damaged as were most of the houses of the enslaved. Another serious loss was that of the provisions and the small crops planted by the enslaved. Unlike other estates, which depended heavily on imported food, Romney’s, it was said, produced most of what was needed to feed its enslaved workers. Certainly a drawing of the estate produced in 1822 showed quite approximately 29 acres under potatoes and yams.

Over the years Marsham employed a number of manages to run the estate for him. These included John Julius, John George Goldfrap, who later became the owner of an estate in Trinity Parish, in 1794 and the Rev William Davis. Davis, became a minister of religion in 1791 but continued managing estates as before his ordination. In 1812, he and his sons were suspected of having caused the death of an enslaved woman on Romney’s estate. This caused the Anglican church great embarrassment and in 1814 he left the running of the estate in the hands of his son Edward.

In 1817 Romney hired a new manager. Richard Cardin had been trained in India and had no connection to St. Kitts society which was probably why he had been given the job. A plan of the estate from 1822 shows his attention to detail and his skill in technical drawing. He provided information about the crops planted in each field, the acreage, when it was planted and when the crop would be expected. He showed the location of the works close to the Jeafferson property and the housing for the enslaved its boundaries.

During Cardin’s tenure, he tasked the enslaved woman Betto Douglas with the care of his younger children. One day, Betto’s son suffered an injury and she left these children in the hands of Cardin’s older daughters. Mrs. Cardin was upset and Betto was removed from the job and sent out on hire. She had a hard time making the money she owed Cardin for her hire and renewed an earlier interest in manumission. He would not hear of it and put her in the stocks as a punishment for not making the required payments. Reports of her case and confinement reached Governor Charles Maxwell who asked the magistrates to investigate. They, in turn, recommended that she was once again sent out on hire and that if she could not make the payments she was to be put to do light field work. Once again Betto did not make her payment stating that she had been ill. Cardin had her confined to the sick house from where she eventually escaped in 1826. Cardin paid for advertisements in the local newspapers demanding her return. He died in 1834 around the time of emancipation. Betto’s fate is still not know though her case was brought to the attention of the abolitionist Zachary Macauley in 1833 suggesting that she was still in hiding at the time.

In 1834, The Earl of Romney was the only planter in St. Kitts who wanted to follow the course taken in Antigua and dispense with apprenticeship. Pressure from the remaining planters would not allow him to go through with his plan. However on the 2 May 1835 he released from apprenticeship approximately 75 worker who were over the age of 6 years. (Those under six were automatically freed by the Emancipation Act.)

By 1857, the Earl of Romney conveyed this property to James Dean Roger, planter in St. Kitts and George Garroway, merchant in London probably as a settlement for debts. Roger eventually obtained full ownership.  His interests in the island were varied.  Not only was he a land owner he was also involved in the sourcing of indentured labour for the estates. It was probably in the later year of his tenure that Wingfield moved away from sugar production and that the planting of fruit trees was started.   After the passing of J D Roger, in 1870,  the property was inherited by his son Archibald.  Captain Roger was a member of the Legislative Council and acted as Administrator of the Presidency of St. Kits-Nevis and Anguilla on several occasions.  The estate was then leased to Walter R Boon who had married Archibald Roger's daughter in 1886.

Their son Geoffrey Pearl Boon, a barrister, was the last member of the family to own it. After his death in 1970, his widow sold it to Maurice Widdowson who set up his Caribelle Batik enterprise there. In recent years Widdowson has undertaken the excavation of the ruins of Wingfield and discovered the oldest remains of a rum distillery in the Caribbean. 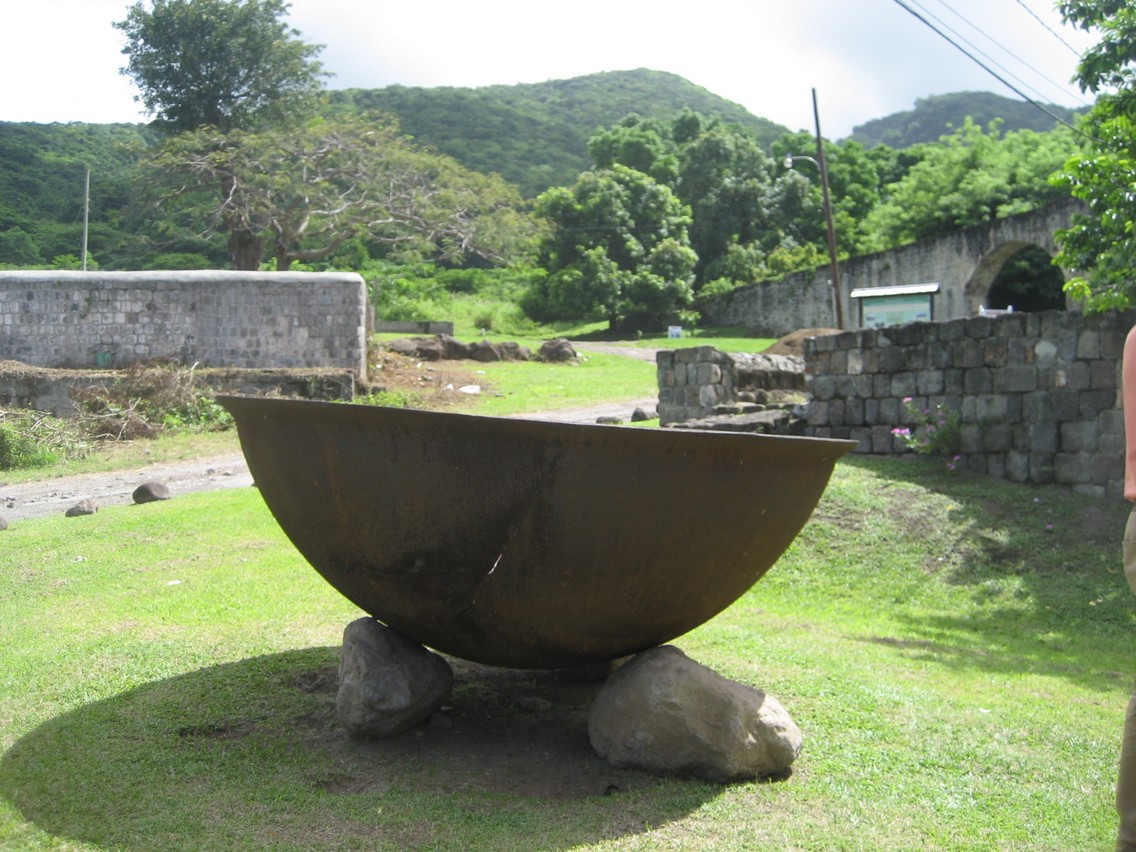 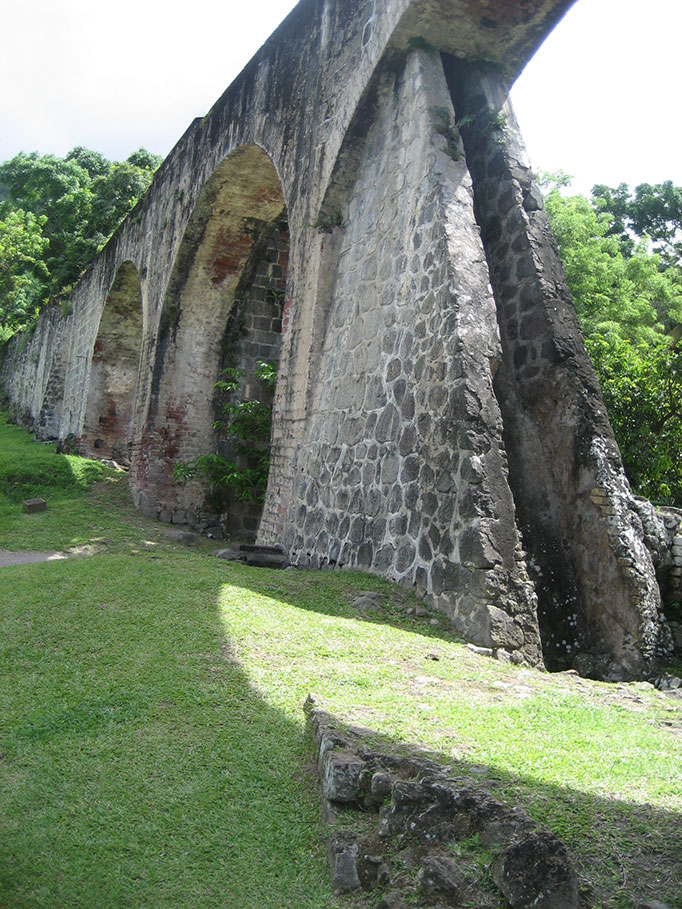 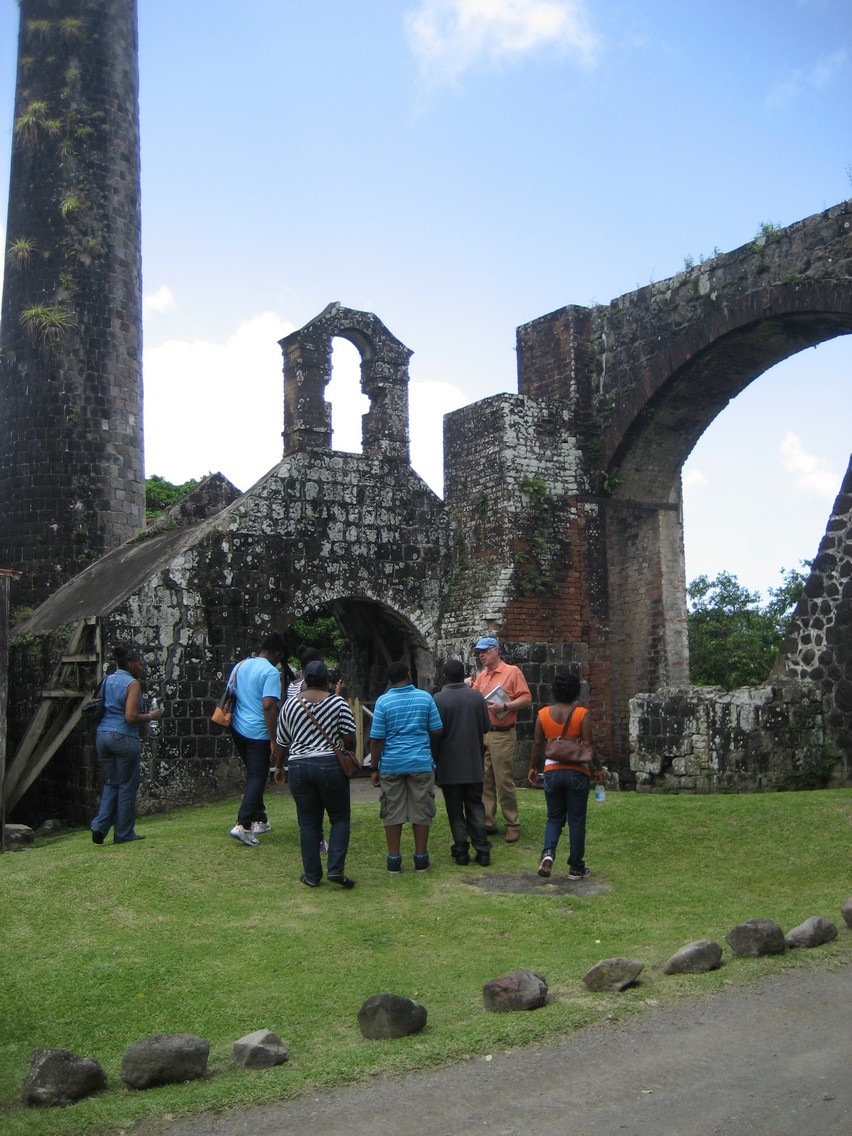 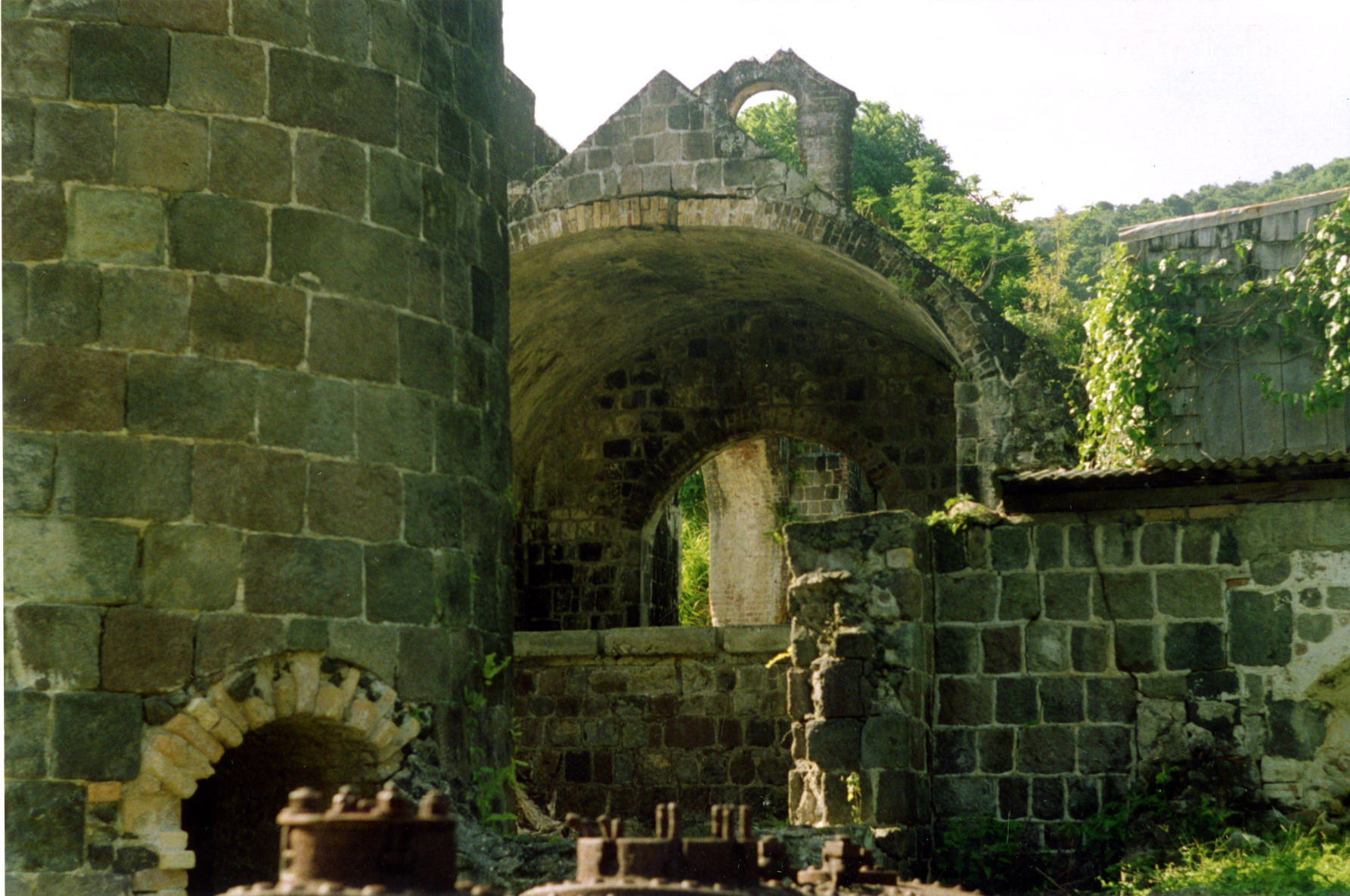 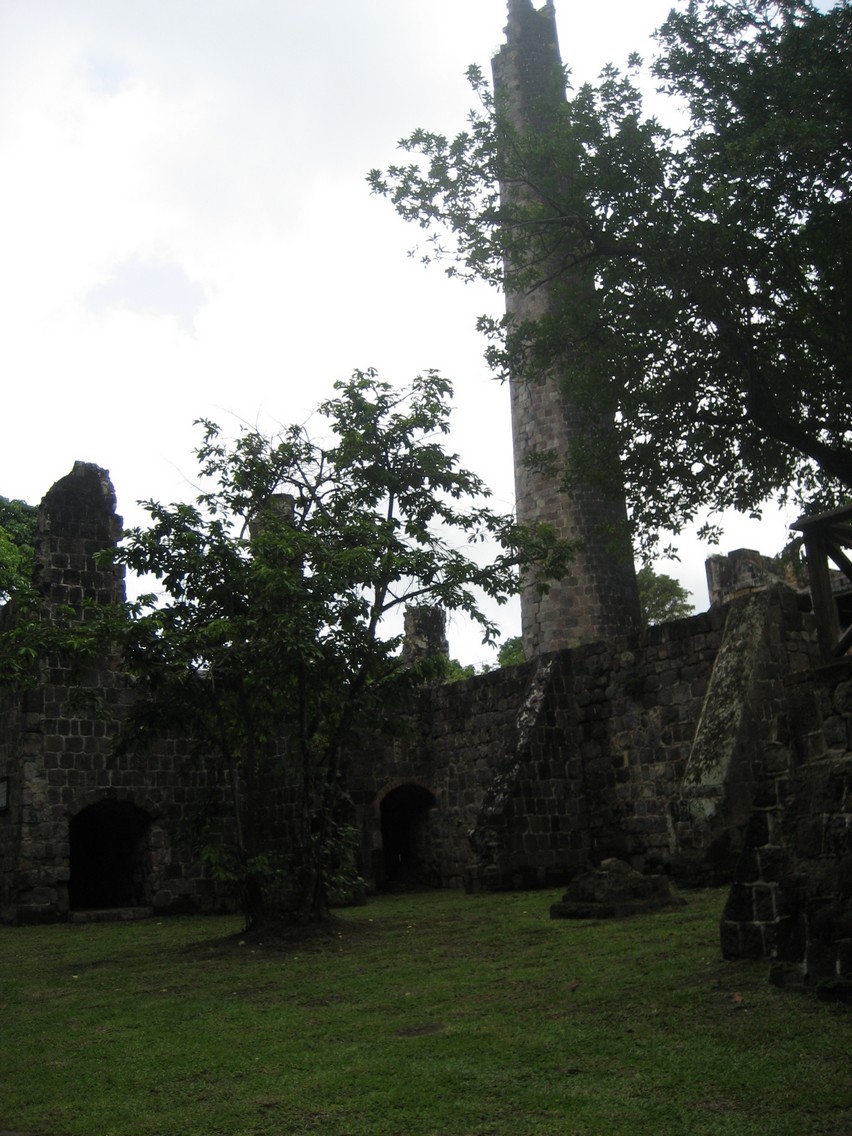 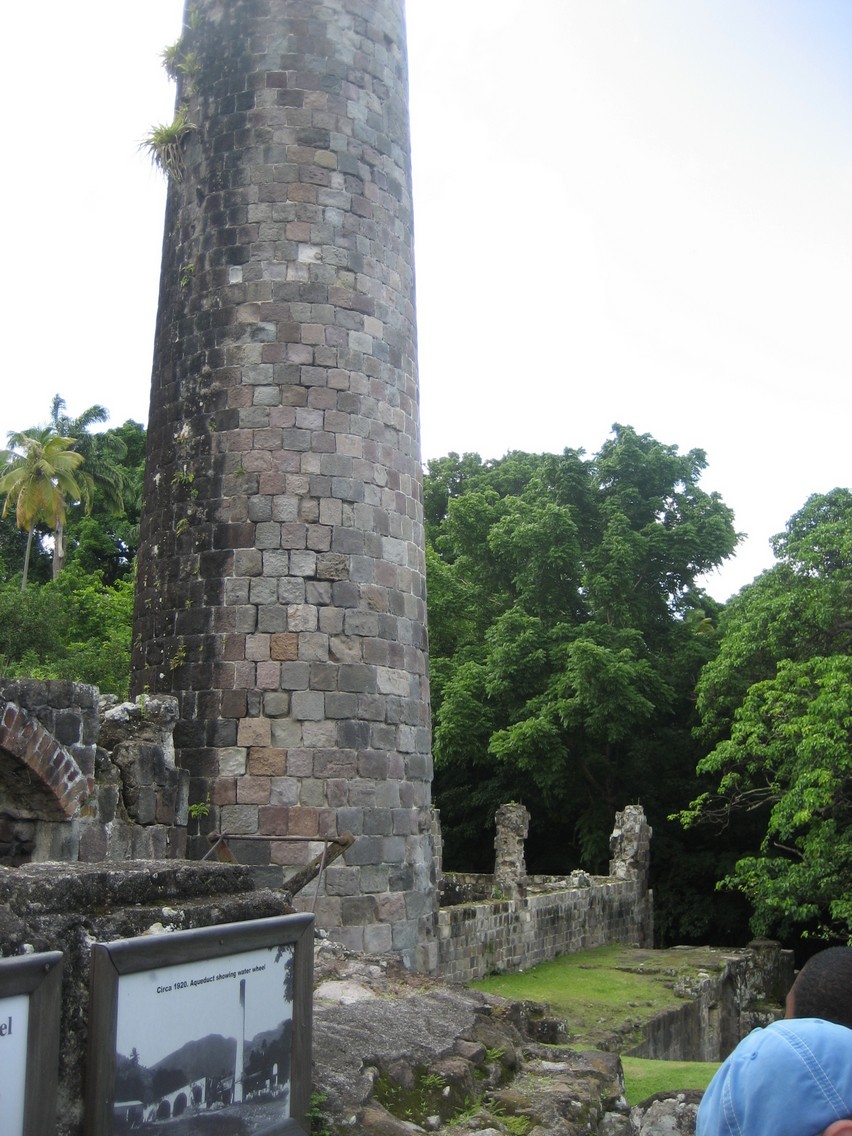 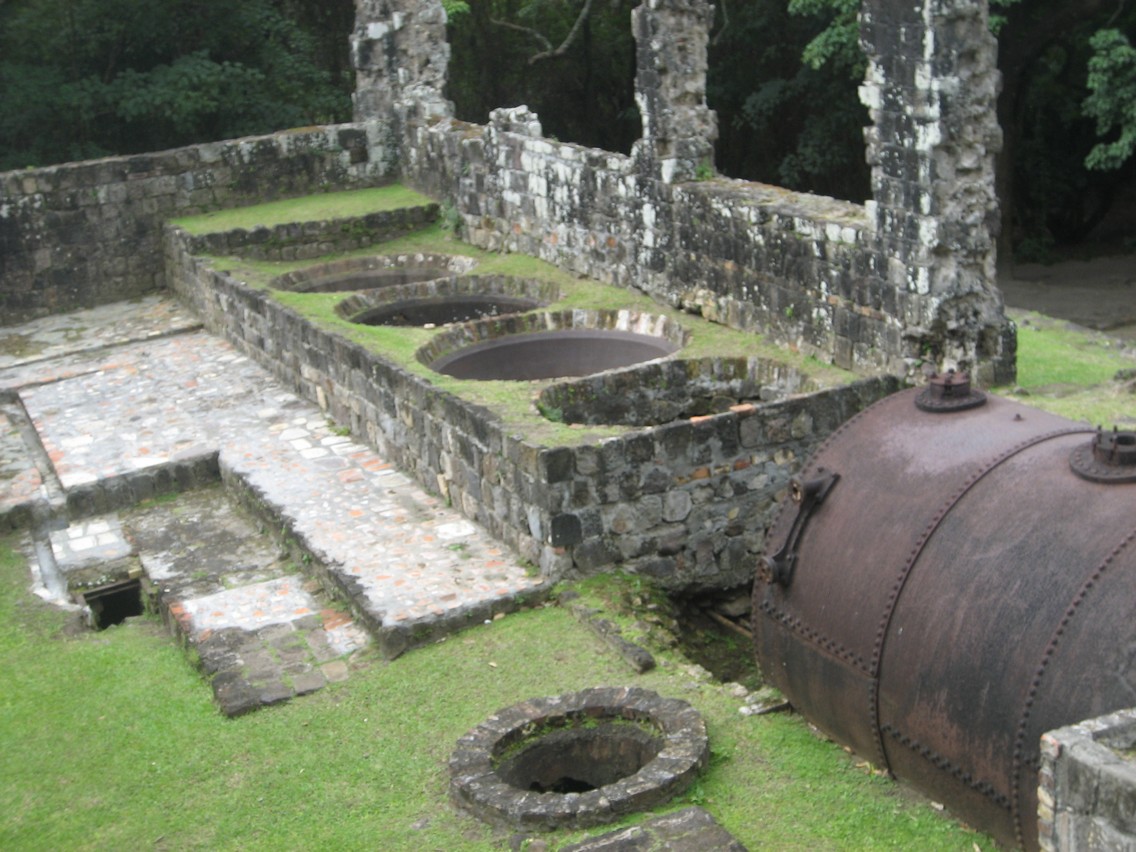 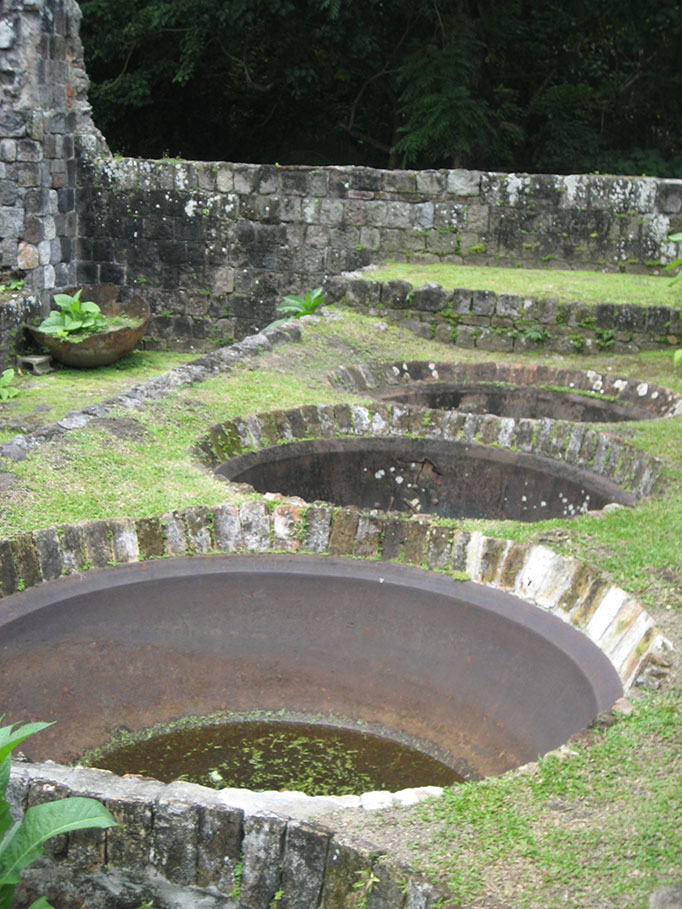 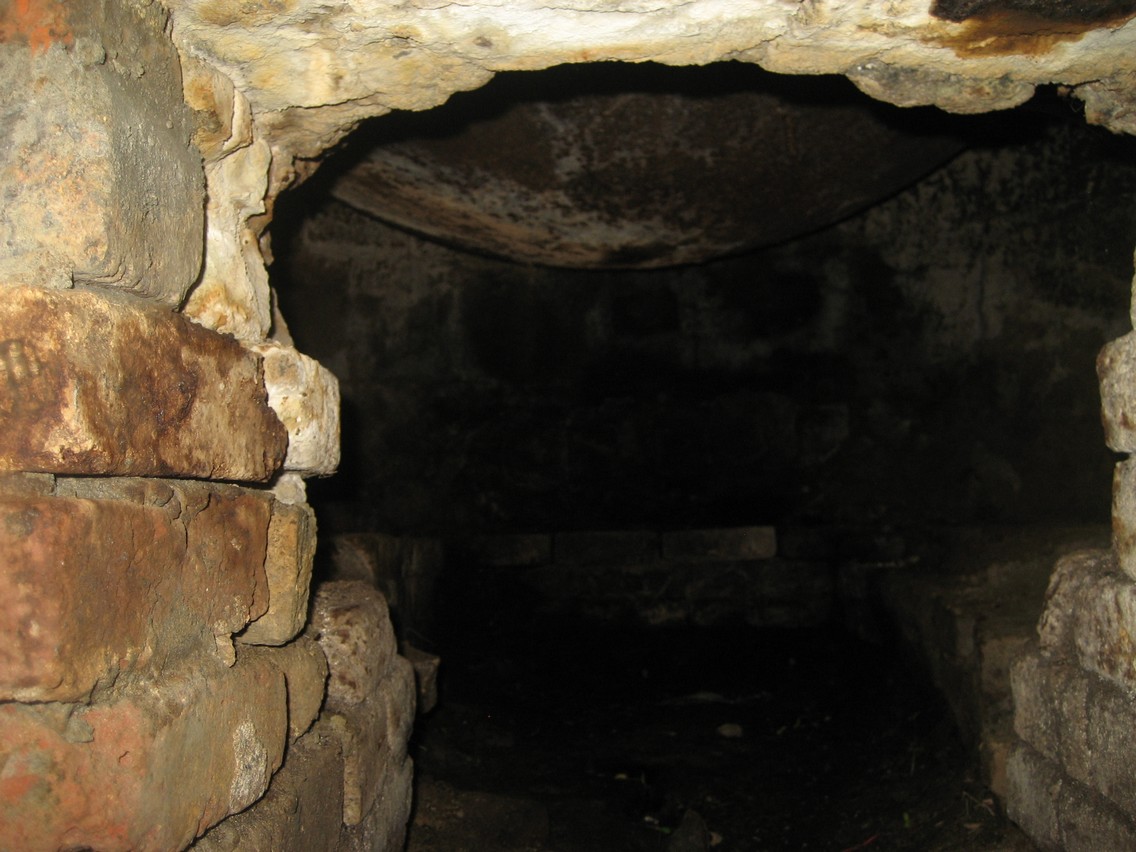 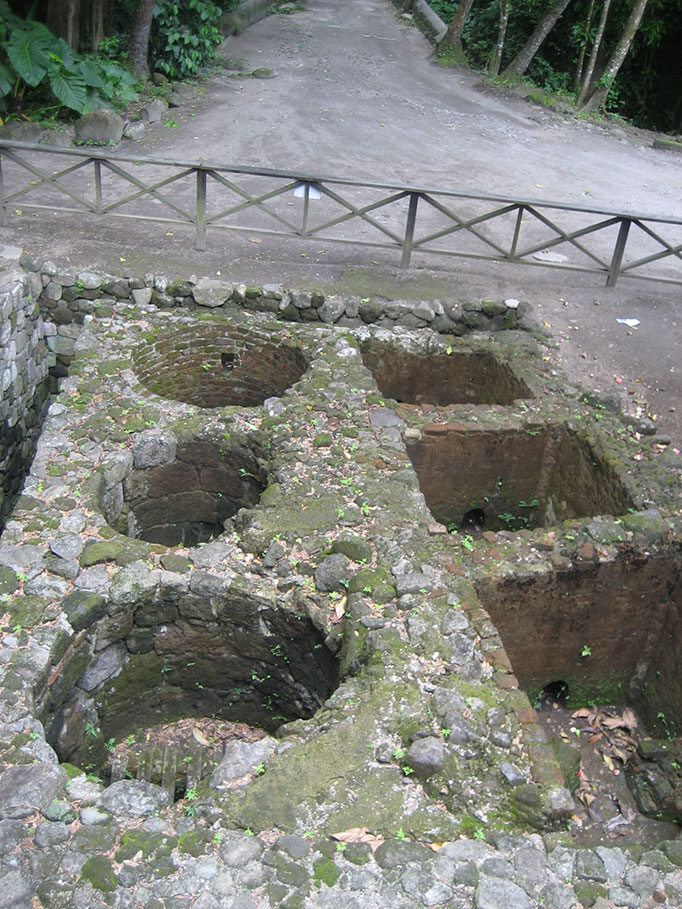 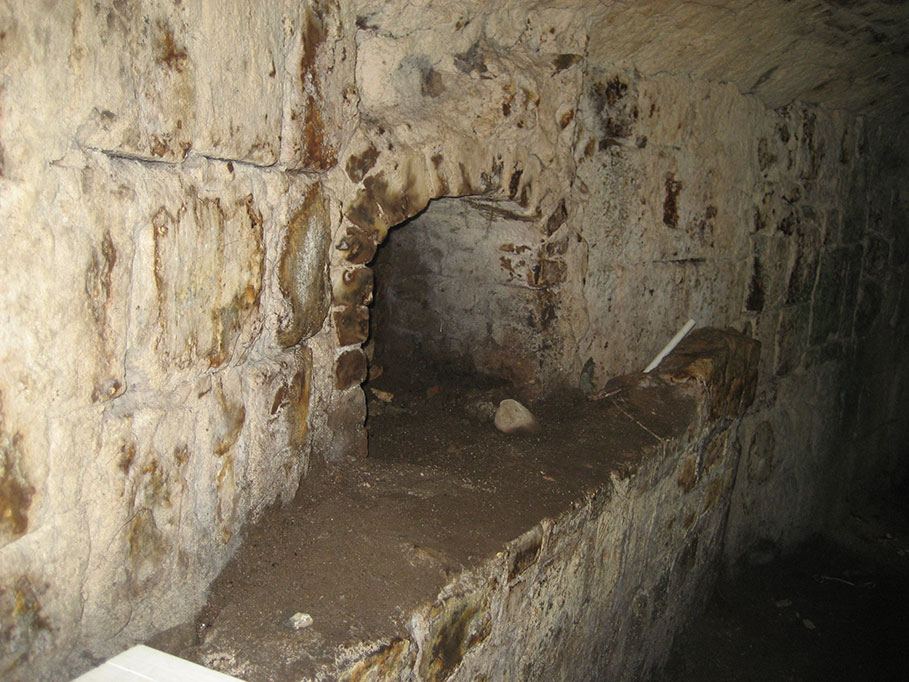 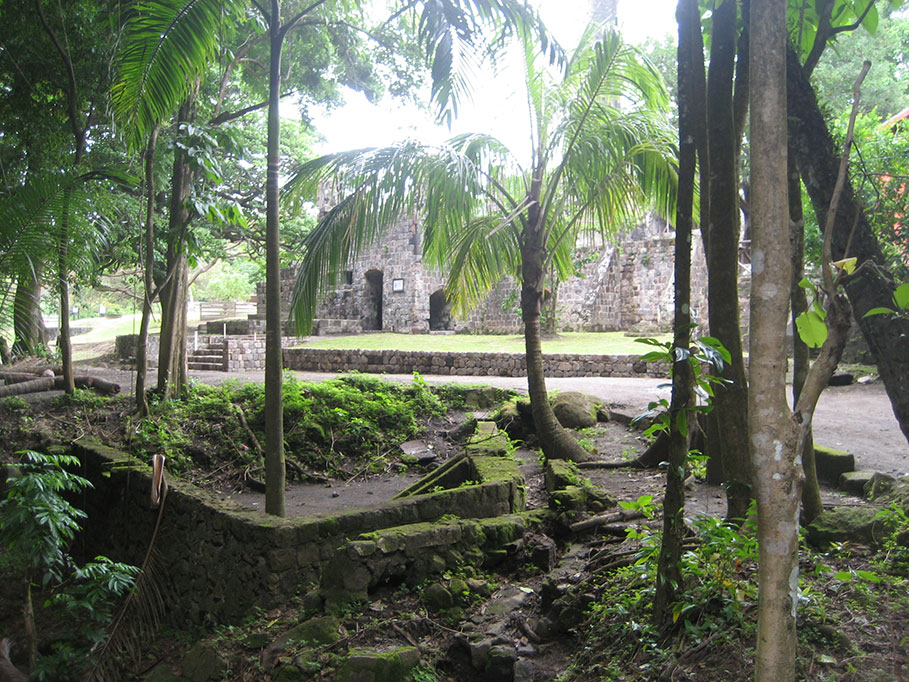 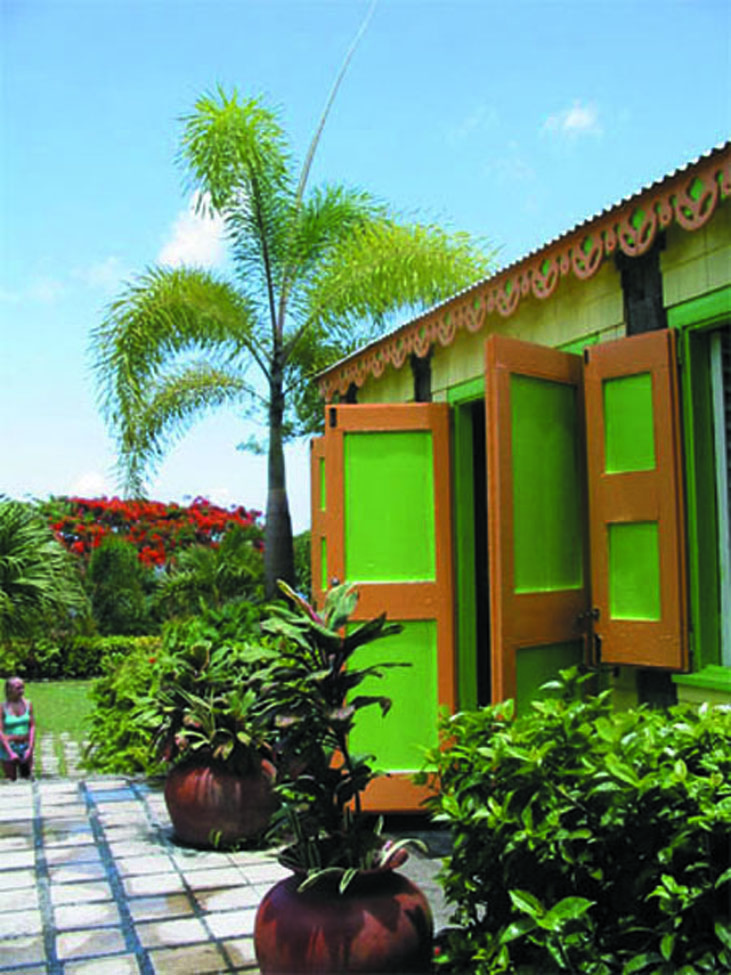 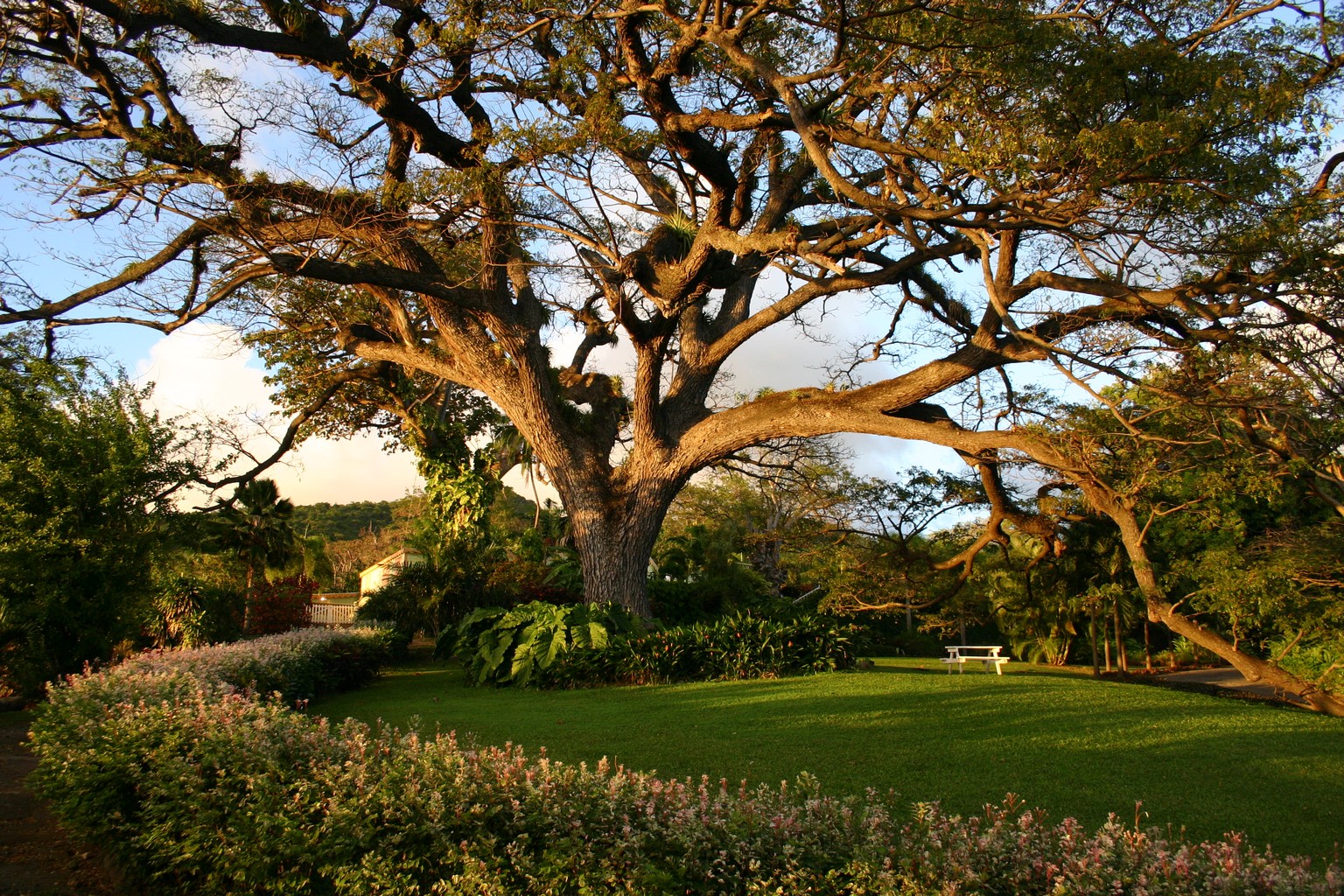