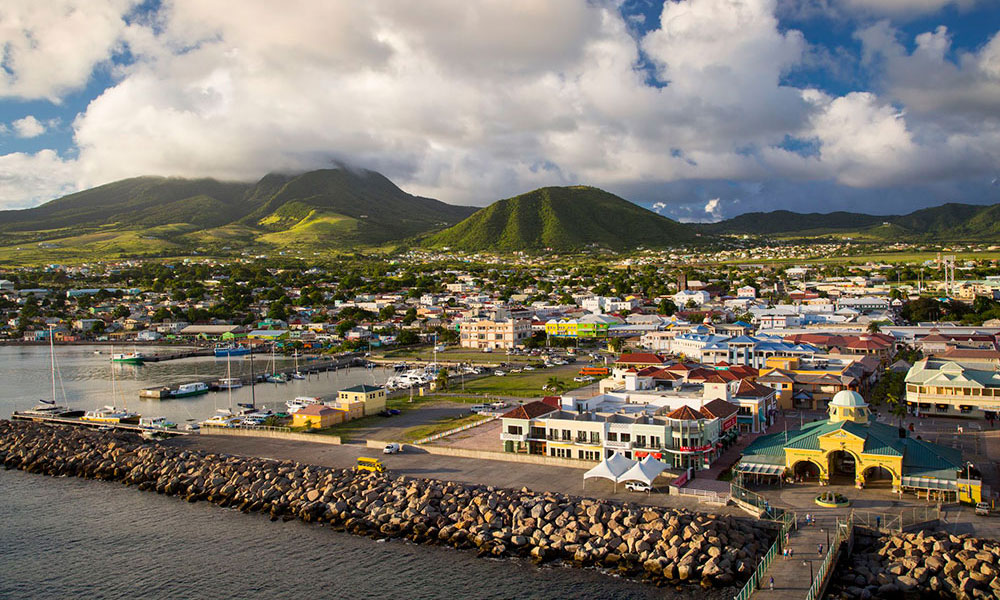 In the beginning there was a tiny volcanic island of unknown designation that gave safe haven to migrant people originating in South America in some instances even becoming their home for a period of time. At some point during the 13th century, it was occupied by the Kalinago who were so impressed by its rich productive soils that they called it Liamuiga – the fertile isle. Their small community was secure enough in its hold on the island to give shelter to shipwrecked European sailors and even to welcome a ship load of English men into their midst. Too late, they discovered that they had opened the floodgates and that more and more strangers would come to their shores to scar the island and make it produce far too much tobacco than the Kalinago had ever used in their rituals.

Their attempt to regain control, brought elicited the co-operation of two groups of European strangers in a pre-emptive strike against the Kalinago that decimated their numbers on Liamuiga. The newcomers continued in their dogged efforts to make wealth and changed the environment and demography of their acquisition. The virgin tropical forest was in large part uprooted to make room for tobacco plantations and later those that grew only sugar cane. In the early years the people to work these plantations were brought mostly from Europe under contract but as their arrivals decreased, more and more enslaved Africans were forced into the cane fields of St. Kitts.

From then on the history of the island became one of survival against the odds. Isolated from their mother country, Europeans settlers had to learn to adapt to an alien tropical environment. On the other hand enslaved Africans had to cope with a life that offered poor possibilities of freedom and self-fulfilment. The economy that was supported by their arduous labour and dispossession had to survive competition from larger islands and eventually from other parts of the world. Despite the vicissitudes of the global economy it supported a new powerful class whose acquisitiveness had produced wealth that allowed many to return to Britain and take their place in society, and compete for power with the old landed aristocracy.

As the wars of Empire waned a new social order emerged in the Caribbean and in St. Kitts. Enslavement on the island had started in 1626 with the landing of enslaved Africans who had been captured from the Spaniards. Resentment erupted in 1639 and continued to smoulder until the institution of slavery was abolished. In 1834 when other islands celebrated Emancipation with church services, St. Kitts was in the throes of a strike. Thinking that full freedom was being withheld and realising that Apprenticeship was, for all intents and purposes, another form of enslavement, workers on many estates downed tools much to the consternation of the authorities who feared that some would join forces with the runaways that banded with Marcus of the Woods. It took some time for order to be restored.

The century that followed was remarkable for the fact that socio-economic change was barely perceptible. The planters continued to dominate all walks of life. The workers were, in theory, free to leave the plantation but the law made the withholding of labour a criminal offence. Real change came only when the new black business class and the educated professionals started raising concerns over voting rights and electoral representation, education, health, housing and wages. Gradually they gained the trust and support of the working class, which shortly afterward out grew their direction and embarked on political expressions of its own. The twentieth century is the remarkable story of social transformation and economic opportunity that changed the way of life of the majority of people on St. Kitts.