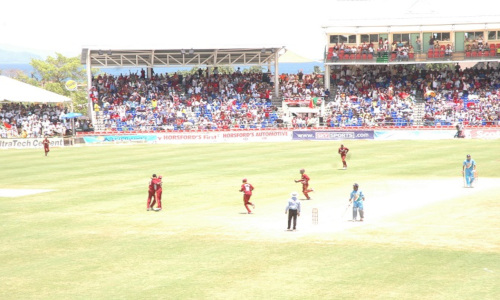 Warner Park is bordered by Losack Road on its south side, Victoria Road in the west, the Basseterre High School on the northern side and Park Range to the east. Originally it was part of an estate owned by the Losack family, a French family that continued to live in St. Kitts after the British gained control of the whole island. In 1817, the Original List of Slaves records a return of seventy-one slaves made by John Malzac on behalf of Admiral George Losack then owner of the Lozack plantations on the island. Eleven of them were born in Africa. Thirteen were too young to work and two were infirm. Among the remainder there were an overseer, a driver, two boilers, a cooper, a distillers and a carpenter. Except for a few house servants the rest worked in the field. 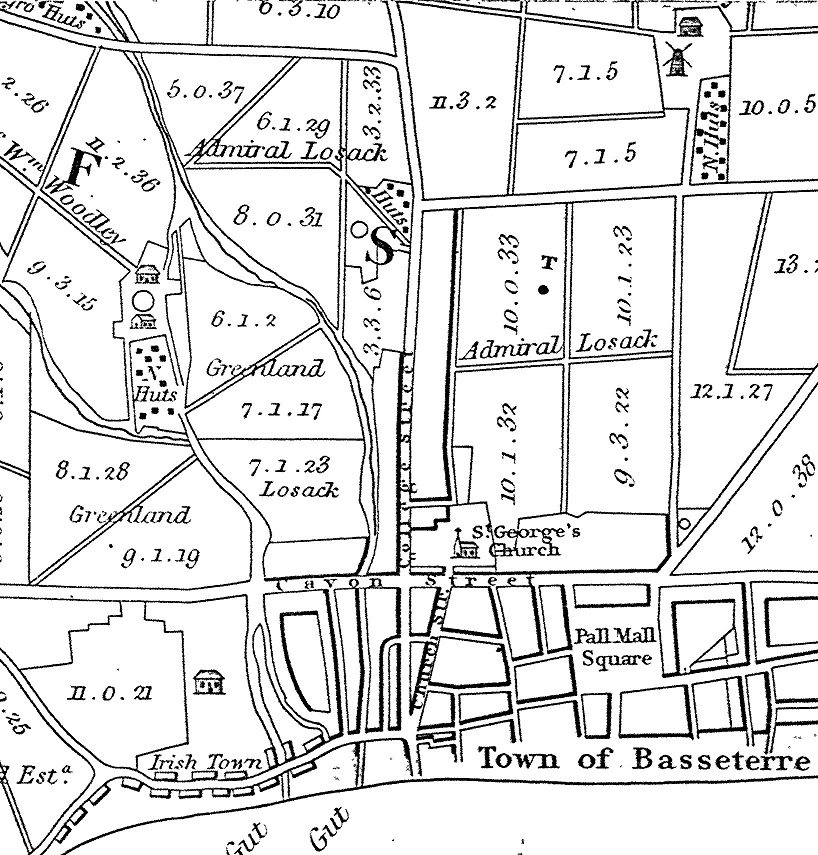 In January 1867, even before the great fire of that year, the administration recognised the importance of the land that is now occupied by Warner Park and the Basseterre High School. Flanked as it was by a number of significant buildings – the Moravian, complex, Government House, The Poore Memorial School, The Grammar School, the Methodist Chapel, St. George’s Anglican Church, the Police Station and the jail – it was enacted that the land would not be planted to discourage cane fires near these properties. Part of the property was going to be used for housing to relieve the congestion in Irish Town and Newtown. In 1887, while preparing to celebrate the Queen's jubilee, the Executive Council was in favour of the acquisition of the field in front of Government House so that it could be turned into a park to be called Victoria Park. The following year, the ide of the town extension was revived but this time the idea of building a 35 room hotel was introduced. It was estimated that the project would have cost £6000. However the price for the land demanded by Edwin Wade was more that the government was willing to pay. The hotel project was shelved in 1895 when the price of sugar dropped dramatically. The town extension took place to the west of Basseterre instead.

When the Government bought the property to build the park in 1926, it was a part of the Wade Plantations which included College, Douglas, Dalzell’s, Golden Rock, Hermitage, Pogson (St. Mary) and Spooner’s. These were estates acquired during the 19th century by Solomon Wade. But before the acquisition could be made the money for its purchase had to be raised.

On the 28th January 1923, St. Kitts celebrated the 300th Anniversary of the arrival of Thomas Warner and his group of colonists. This was the beginning of the first successful English attempt to establish a colony in the Caribbean islands. The Post Master, George H. King had the idea of using this opportunity to raise funds for the construction of a recreation ground close to the town centre. Therefore to commemorate the occasion, the administration authorised the issue of a special stamp depicting Old Road Bay, with a 17th century ship in the foreground and Mount Misery in the background.

The sale of the Tercentenary Stamp issue raised £3,916 of which £1,400 were used to purchase 14 acres of land from Mary Wade, then owner of Losack Estate. The remainder of the sum was used to fence the area, plant trees and sow seed for cricket, football and tennis grounds. The foundations stone for Warner Park was laid by Governor Sir Eustace Fiennes on the 21st April 1926. Management was placed in the hands of a committee. Its members where G.C. Johnson, Clement Malone, B. Marshal, A. M. Reid, E. J. Shelford, George King, D. F. Matheson, Landreth Smith, J. Yearwood, A. Davis, T. R. Shepherd, Basil Davis, J. M. Sebastian, J. Nathan and M. Morris.

C. G. Thibou, Surveyor of Public Works designed and oversaw the construction of the Pavilion which was opened in 1928 in time for the Leeward Island Cricket Tournament. The Park became the stage on which great cricketers like Paget Berrridge, Austin Eddy, George McMahon, Len Harris, Edgar Gilbert, Victor Eddy, Luther Kelly demonstrated their talents and built their reputations 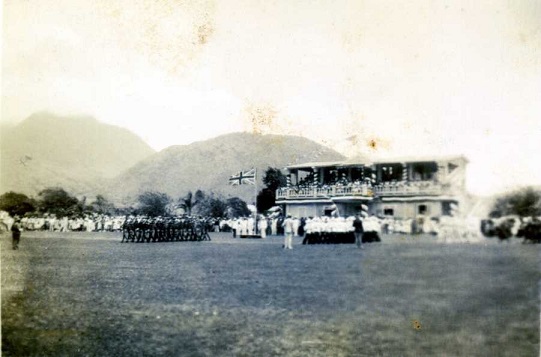 George King who served as Chairman of the park Committee for a number of years did an admirable job. Unfortunately, he may have become a little over protective and saw his role as one of controlling access to this public place. In 1942 when he was chairman of the Park Committee he attempted to chase away a group of children from the Boys’ School who, under the supervision of three teachers, went there to learn the school song. A court case brought by the parents of three of the children was decided in their favour and from then on the Park became a truly public place.

Leaders of the Workers League (later the Labour Party) often used it to address to their supporters. The Entertainment Committee of the St. Kitts Nevis Trades and Labour Union under the leadership of Horace Slader held annual sporting events there to celebrate Labour Day. From 1957 the Park became the venue of carnival, first organised by Basil Henderson. In the 70s the Upper House started claiming the Park as their meeting place. This was a group of men from all walks of life who frequented the park as spectators, participants or simply as a place where they could relax and discuss anything from world politics to the escapades of an acquaintance. Their yearly Christmas party is a big closed event. Nationals visiting during the season may be invited to participate. 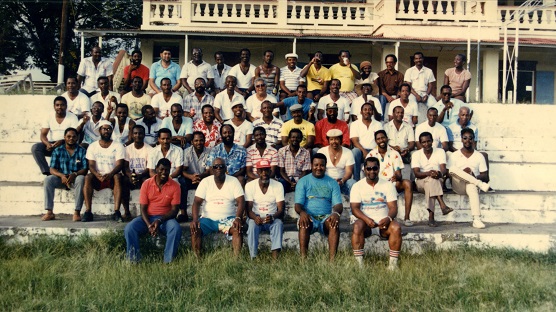 The Park became central to the festivities associated with the anniversaries of the achievement of Statehood and from 1983 of Independence and it became the place for the ceremonial parades that accompanied Royal and State visits.

St. Kitts hosted CARIFESTA in 2000 and the Park was the scene of both the opening and closing events. In 2004 Warner Park was chosen as one of the venues to host games of Cricket World Cup in 2007. This lead to a complete renovation and in 2006 the Park hosted its first international cricket match between the West Indies and India. In 2007 Australia, the Netherlands, Scotland and South Africa played games here as part of the World Cup tournament. Since then Warner Park has also become the venue of the St. Kitts Music Festival.