Fountain Estate lies in the hills beyond Basseterre at about 350 feet above sea level and higher, north of the Fountain River. It is located in what used to be the French part of Basseterre.

De Poincy
It originally belonged to Pierre D’Esnambuc who probably developed it as a tobacco plantation. After his death it was purchased by Philippe De Lonvillier De Poincy. The governor, who was a Knight of the Order of St. John of Jerusalem, Rhodes and Malta arrived in St. Kitts on the 20th February 1639. He brought with him a number of artisans and skilled workers whom he put to good use in Basseterre but also on his estate where he built a residence that mirrored the auberges built by the Knights in Malta. He also had a good library which included books about fortifications.

De Poincy’s castle was a stronghold. Recently discovered plans for it in the Vatican archives show that it was surrounded by fortifications, a moat and buttressed entrance to its terrace with its gun emplacements and to the house itself. He had stables, storage for forage, a chapel (formerly D’Esnambuc’s residence), a surgeon’s house, a pharmacy, magazines, kitchen and refectory hall and workshops as well as cisterns for water. The house had four storeys and its roof was an observation platform. The grounds were laid out like those of an Italian villa.

A road connected the castle to a sugar estate with a mill. De Poincy was the first on the island to introduce sugar production. Although the water supply proved problematic at first, his skilled workers were able to find solutions and soon the governor had mills on his estates and in the Cayon area. A Dutch merchant attempted a similar experiment in Martinique. However he found himself hampered by the demands of the directors of the Companie des Ilse d’Amerique. While the experiment in Martinique failed, that of D’Poincy which used his resources continued to develop, and before long he had a labour force of about 300 enslaved workers living in a ville d’Angole outside the walls of his castle. Oral Tradition states that it was from among these Africans, that the governor chose those that would entertain him and that these were the precursors of today’s Acrobat troupe.

De Poincy died in 1660. An account of the estate was sent to the Grand Master of the Order in Malta. Seeing mostly debts, some members of the Council of the Order felt that the colonies, which included the French parts of St. Kitts and St. Martin, and the islands of St. Croix and St. Barths, should be sold. Their distance from the seat of government in Valletta and the fact that De Poincy’s nephews were pressing their claim to the colonies made sale an even more attractive proposition. However, De Poincy had left money from his estate in France to allow the Order to continue in possession of the colonies and other favourable reports from Charles De Sales (De Poincy’s successor) put the sale on hold. In 1665 the estate of La Montagne had one mill with three iron rollers and six boilers and was worked by 230 enslaved persons and produced an estimated 145,000 livres of sugar. However in 1665, French Minister Jean Baptiste Colbert and Louis the XIV started to aggressively pursue the ownership of the colonies. As the Order was hoping for the French king’s support in other matters, it was agreed that the islands would be sold to France for 500,000 livres. On the 1st October 1665 the Order transferred its interest to the Compagnie des Indes Occidentals Francaises. Payments were delayed because an individual claimed interest in St. Kitts but as no proof could substantiate the claim, payments eventually started in 1668 and were completed in 1672. The Compagnie was dissolved in 1674. It had run up against the interest of the French settlers who wanted to trade with the Dutch. It is not clear who owned the estate in the remaining years of the 17th century. In 1690, De Poincy’s castle was severely damaged by an earthquake. The land however was still valuable for the cultivation of sugar cane.

Stapleton
Under the Treaty of Utrecht, (1713) St. Kitts was to be retained by Britain. Some of the land was granted to persons who had given service during the war, were favourites of the Commanders or Governor of the island, or were French Protestants who had sworn allegiance to the British Crown. Some lands were leased pending final disposal. The French lands of St. Kitts were considered part of the Royal Patrimony and as such considered the property of the Monarch who could dispose of them as he pleased. But it took a while for the matter of ownership to be settled.

In 1712 Colonel William McDowell held the Fountain estate in trust for General Walter Hamilton who was made governor of the Leeward Islands for a second time in 1715. Meanwhile he had married Dame Frances Stapleton, (the widow of Sir William Stapleton 3rd Baronet) who accompanied him to the Caribbean. The grant through McDowell was renewed in 1717 and 1721. Hamilton died in 1722. In 1726, a commission of three men was given authority to sell the French lands to the highest bidder in parcels of not more than 200 acre. That year, through her attorneys Dame Frances Stapleton attempted to secure the ownership of the estate she had inherited from her husband. She claimed she owned
Three hundred & thirty three acres (viz.) Two hundred & forty acres of Caneland, ninety three acres of provisions & pasture land; which plantation is com’only call’d the Fountain or Castle plantation: and signifys that she has thereon two Sugar Mills a Boiling house & Curinghouse, a Still-house, a Storehouse & a small Dwelling house: that she has besides about a hundred acres of plant-canes & provisions for about one hundred & fifty slaves for six months: that the said Cane-land may be worth Eight pounds Sterling per acre, & the provision & pasture land Six pounds Sterling per acre.

Boyd
As she had more than 200 acres of land as one plantation Lady Stapleton had to give up part of it. Eighty seven acres were bought by John Harries and the rest passed in trust to Gilbert Fleming one of the Commissioners. In 1732, Fleming sold the land that was Fountain Estate to Augustus Boyd in 1732. With successful Huguenot family connections in St. Kitts, young Boyd arrived on the island intent on making his fortune. Although fairly successful, he found he could make a bigger fortune in London, shipping supplies for the plantations. In 1748, along with other associates in London he acquired Bance Island, off the coast of Sierra Leone and started supplying enslaved workers to the North American Colonies.

An account of the hurricane of 1772 suggests that De Poincy's structure may have survived at least in part.  It states  The dwelling house, a noble antient brick building, flat down, the walls, floor, beams etc falling into the cellars, where a quantity of provisions were destroyed.   The account continues to describe the damage in the estate which in turn gives an indication of the value of the estate and the investment made in it:  the windmill lost the stocks, points and greatest part of the round house; stable roof off, two pens, one of which just built, down; roof and part of walls of a store room down; a trashhouse and shead over the copper holes, down; the sugar works, sick house and overseer's house very much damaged, by loosening many boards, shingles, doors and windows; and every  negro house down; with about two thirds of the crop destroyed

Boyd's business ventures paid off and by the middle of the century his son John was serving as a Director of the East India Company and able to purchase 200 acres and the property where he was to build his home - Danson House.  He even took tours in Europe to find art work to fill his new home.  The 1817 Register of slaves showed that the Boyds claimed ownership over 438 enslaved workers on their two estates in St. Kitts. On the eve of Emancipation, George Boyd, second grandson of Augustus registered 171 enslaved workers at Fountain. He had bought the property from the estate of his late elder brother but his compensation claim in 1834 was contested by the firm Beckford and Rankin to which the family was indebted.

Berkeley
By 1860s, the estate had passed into the hands of the Berkeley family. Thomas Berkeley Hardman Berkeley, once a member of the Council, was honoured with the memorial in the middle of the Circus in Basseterre after his passing in 1881. The property remained in the family into the mid 20th century.  The house which was constructed on the remaining foundations of De Poincy's building, passed into the hands of the J Pereira, the manager of the estate, some time after 1964 and remains in the hands of his heirs. 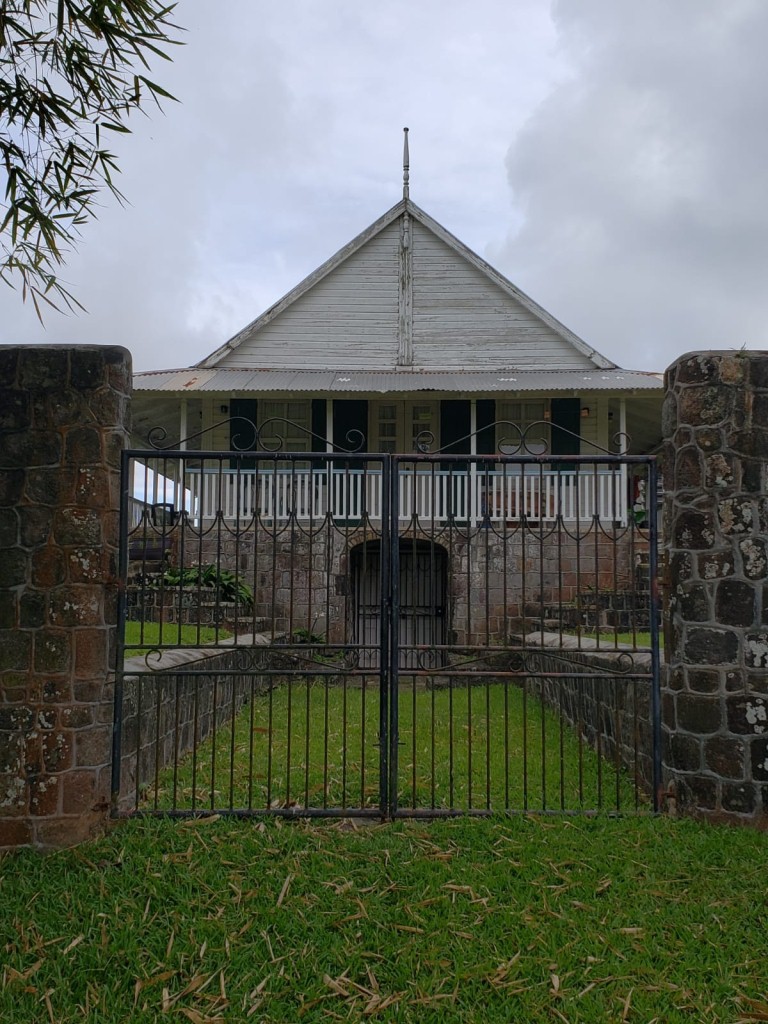 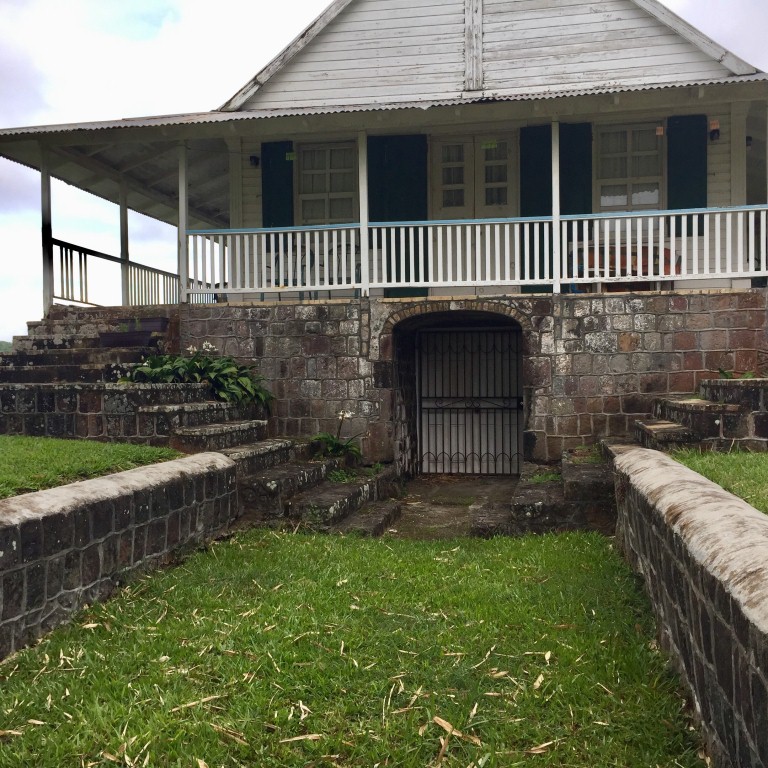 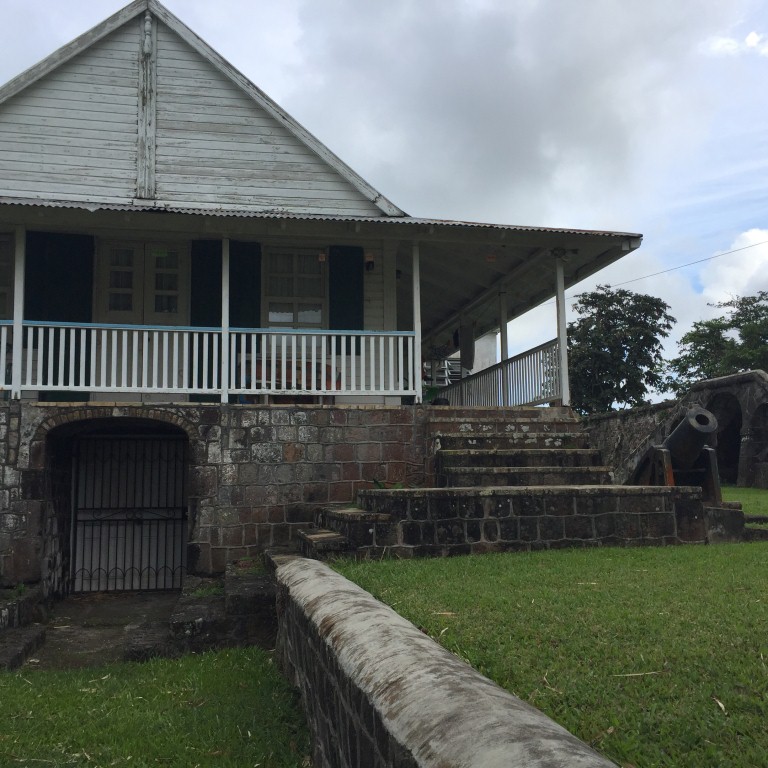 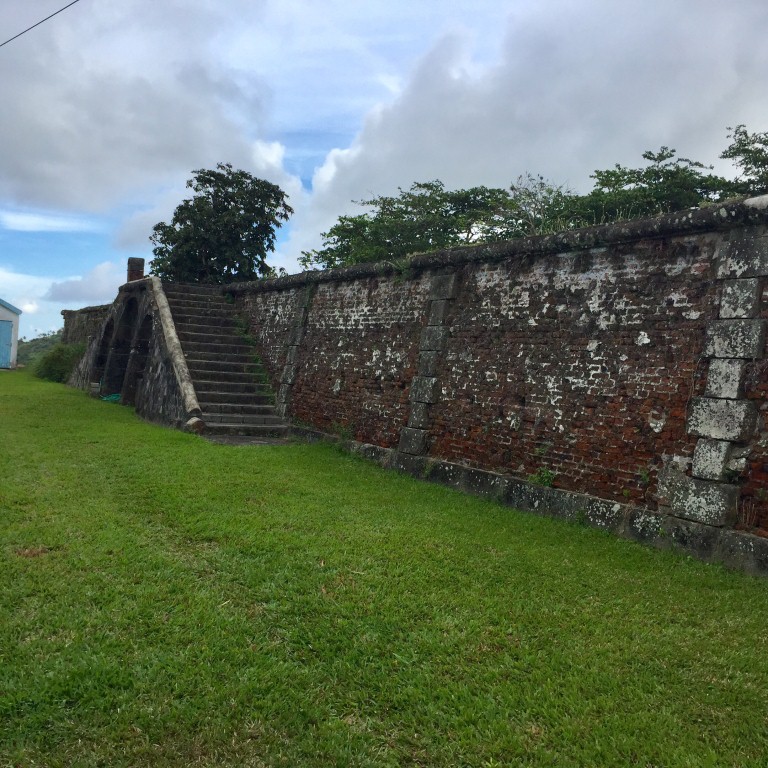 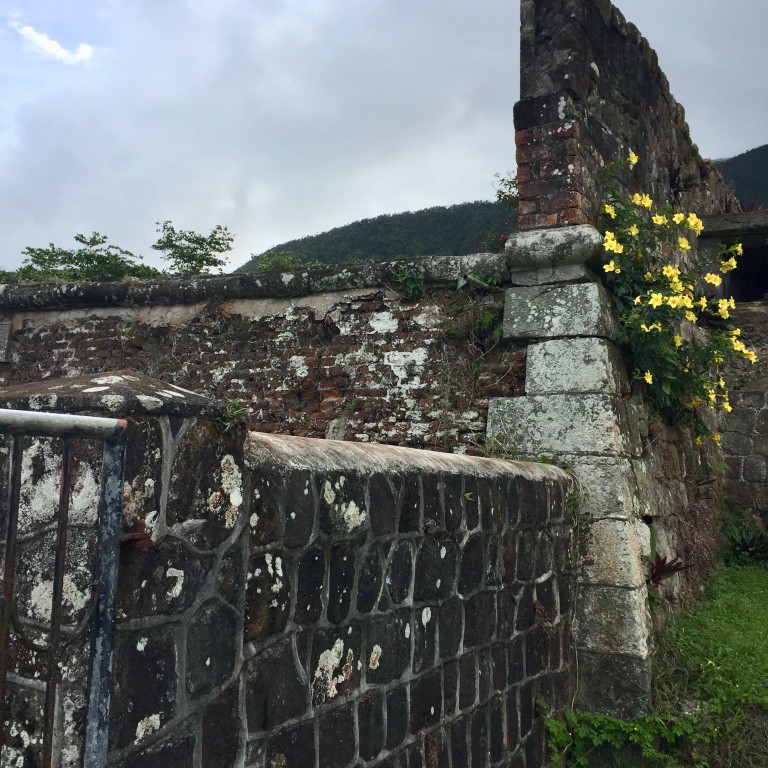 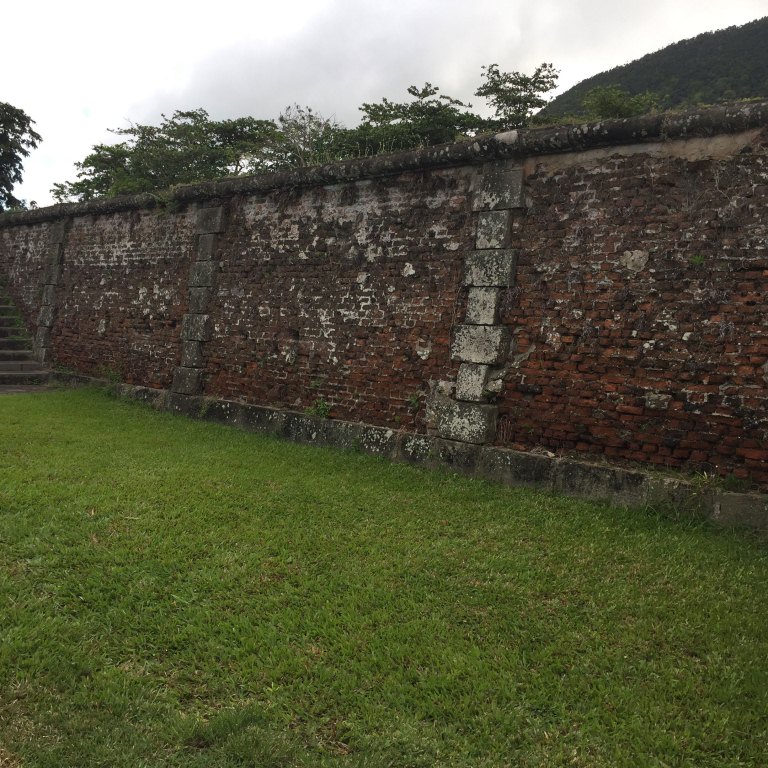 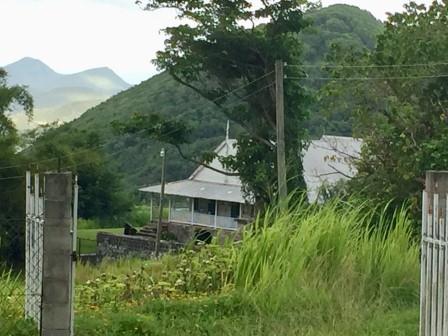