Historical Background
The idea of unification within the Caribbean region gained the interest of the British Colonial Office in the late nineteenth Century mostly as a colonial administrative device designed to cut the cost of managing the colonies with failing economies and a growing reliance on Britain.

The 20th century however saw a growing discontent with regards to the unrepresentative nature of the island governments. In 1914, T. Albert Marryshow of Grenada, founded the Representative Government Association in that island with the aim of gaining a measure of representation in the Legislative Council. Similar moves followed in the other islands. The St. Kitts Representative Government Association was formed on the 28th December 1918, by a small group of coloured middle class men holding positions in the professions and the business community. Its mission was the securing of popular representative government. By the following year, 330 men had joined the Association. Clement Malone was its President and W.A.H. Seaton held the post of Secretary. The Colonial Office sent the Wood Commission to report on the political situation in the region. The result was a modest increase in the numbers of elected representatives in some of the islands.

The years of economic depression inspired another attempt at a unified administration of the Leewards, the Windwards and Trinidad. In response an unofficial conference took place in Dominica in 1932. Thomas Manchester and W.A.H. Seaton of the newly formed Workers’ League represented St. Kitts. Middle-class West Indian representatives put together a scheme of federation in which representation was a key element.

However the depressed state of the sugar industry in the various territories took centre stage as strikes and work riots made headlines throughout the region only to be overshadowed by the outbreak of the Second World War. It was not till 1946, at the regional conference held in Montego Bay, Jamaica that a fresh initiative started laying the ground work for the creation of a political federation that would unite the various territories.

In 1958, the West Indies Federation came into being. It included Antigua and Barbuda, Barbados, Dominica, Grenada, Jamaica, Montserrat, St. Kitts-Nevis-Anguilla, St. Lucia, St. Vincent and The Grenadines, and Trinidad and Tobago. However with no revenue of its own and with the important regional issues still to be settled by conferences of Ministers, the Federation was off to a weak start. Its day to day operations were entrusted to Grantley Adams of Barbados as Prime Minister, Dr. C.G.D. La Corbiniere Deputy Prime Minister and Minister of Trade and Industry, Robert Bradshaw of St. Kitts as Minister of Finance and their comrades mostly “small islanders” as they were referred to by the bigger more prosperous islands. Neither Trinidad nor Jamaica transferred any of their political giants from local to federal politics and their withdrawal in 1962 brought the federation to an untimely end.
That same year the leaders of the Western Caribbean announced their intention of working together as a Federation of the eight remaining territories. Discussions started in London but it soon became clear that matters of finance were not going to be easily resolved. Barbados finally decided to seek independence on its own and achieved this in 1966.
The remaining islands assumed associated statehood that same year and the West Indies Associated States Council of Ministers (WISA) came into being. This new constitutional development gave the territories full internal \self-government while Britain remained responsible for defence and foreign affairs.

As the islands achieved impendence from Britain it became evident that there was a need for a more formal arrangement to assist with their efforts at development. In 1981 the Treaty of Basseterre was signed giving birth to the Organisation of Eastern Caribbean States (OECS). The treaty was signed by Antigua and Barbuda, the Commonwealth of Dominica, Grenada, Montserrat, St. Kitts and Nevis, St. Lucia, and St. Vincent and the Grenadines. Anguilla and the British Virgin Islands have since become associate members of the OECS.
Its purpose was to promote co-operation, unity and solidarity among member states, to assist member states in the realisation of international obligations, to achieve the fullest possible harmonisation of foreign policy and to promote economic integration among them.

The Event
On the 18th June 1981, Government Headquarters was the venue for the signing of the Treaty of Basseterre which created to OECS. For the members of the public who came to Church Street to witness the event it was a strange day. The ceremony was scheduled to start at 4.00 pm but the time was changed to 5.00 pm and even then, there was another delay. The Guard of Honour had fallen in on parade at 2.00 pm and so the soldiers were then marched off for a break.

The ceremony had been delayed because all the representatives were still attending the Council of Ministers’ conference of West Indies States Association (WISA) then taking place at the Fort Thomas Hotel. That too had started late and then the delegates became involved in controversial issues that were difficult to resolve. The Democrat of the 20th June 1981 stated that “up to the very day of the signing, there was still controversy and uncertainty surrounding the establishment of the sub-regional grouping.”

The ceremony finally took place in the lobby of Government Headquarters which had been specially decorated for the occasion. The event was covered live on ZIZ radio and recorded for television. It was witnessed by an eager and enthusiastic crowd who had come to Church Street not only for the occasion but also to catch a glimpse of Eugenia Charles of Dominica, the Caribbean’s first female Head of Government and of Maurice Bishop, the youthful and charismatic leader of Grenada’s Revolutionary Government.

The Revised Treaty of Basseterre, signed on 18 June 2010, established the OECS Economic Union. The OECS is governed by the Authority consisting of member states represented by their Head of Government. It is administered by a Central Secretariat located in Saint Lucia. 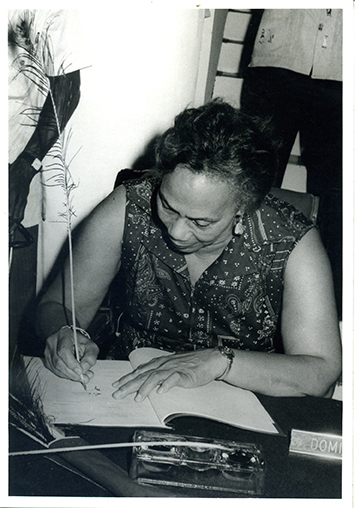 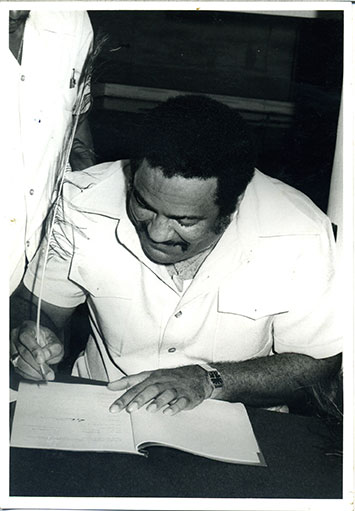 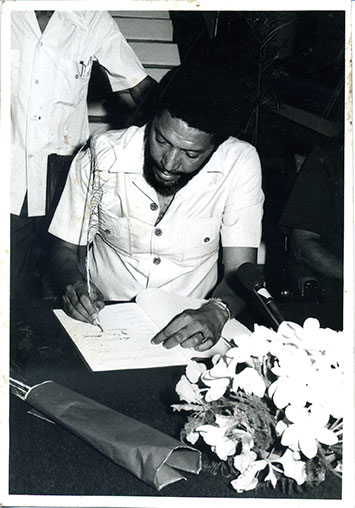 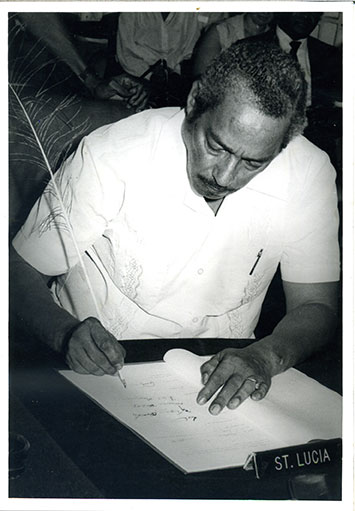 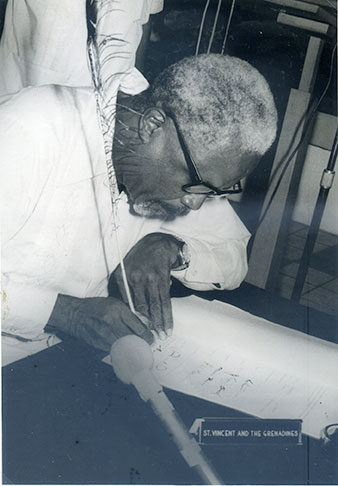 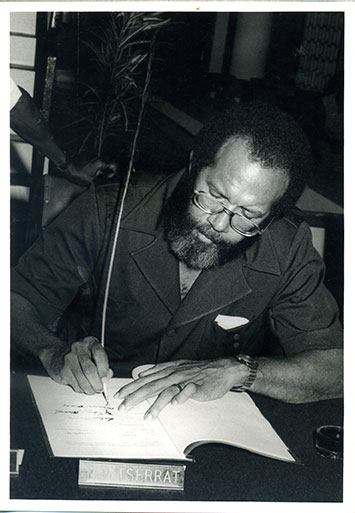