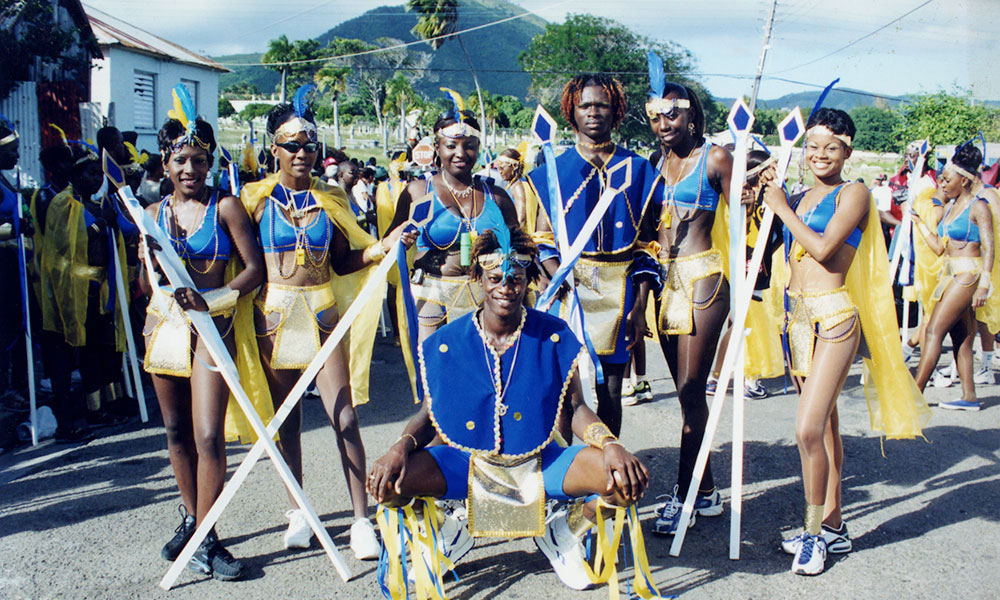 In June 1957 Basil Henderson, Major L.N Alphonso, Tony Lawrence, Leroy Coury, Alexis Knight, E Vanterpool and Al Barker formed a temporary committee entrusted with the planning of St. Kitts’ first Carnival. It was felt that a Carnival along the lines of the Trinidad one would help the economy and give visitors something to look forward to. By the end of that year St. Kitts had its first queen show, Calypso Show and street parade full of colourful troupes. The first one was a resounding success and soon plans were underway to make it an annual event.

During the 1960s what was a time of fun, relaxation and entertainment became a socially and politically fraught situation with the Christmas festivities and Soul Carnival vying for the attention of the public. It was this that lead, in 1971, to the reorganization of Carnival. It became a national event overseen by a committee under the Minister responsible for Culture.

From the very start the whole issue of the timing of Carnival was contentious. There were those who felt that Christmas time was not appropriate. However in St. Kitts the tradition of Christmas sport was a strong one and Carnival was seen as a development on that. So every December, St. Kitts continues its tradition of masquerading and playing Mas with the major events falling in the last week of December.. The Carnival parade on New Year’s Day is a street party that rings in the coming year with colour, music, merriment and exuberance often on a sunny day under a clear blue sky.